A good interior designer is familiar with a variety of different styles and with big ‘names’ from past and present. A great designer really knows how to take the very best of what’s out there and put it into practice to create something memorable.

Who was René Lalique?

René Lalique is considered by many to be the father of modern glass design. He was born in 1860 and lived until 1945. This is itself significant – as his life covers one of the most interesting periods in art and design. He was an important member of the Art Nouveau movement – and went on after 1920 to become a famous name on the Art Deco scene.

In many ways he was a truly ‘modern’ designer, in every sense of the  word. Many of his creations feature the type of clean lines and characteristics that we associate with the modernist artistic movement. At the same time, Lalique was one of the earliest pioneers of mass-producing innovative and highly desirable items – which is itself, one of the hallmarks of the modernist movement.

Why is Lalique important?

After attending art schools in Paris and London, Lalique went into jewelry design – a field where he first made his name. He took as his inspiration the natural world; not just the French countryside but also the type of nature-inspired motifs that were popular in Japanese art at the time. Success came his way. His pieces were sought out by the leading social figures of the time (Sarah Bernhardt was a major patron) and Lalique’s jewelry could be found at some of the most fashionable stores in Paris, including the famous Maison de l’Art Nouveau. He won the Croix de la Legion d’Honneur for pieces he exhibited at the Brussels World Fair in 1897.

If it wasn’t for Lalique’s experimentation with glasswork, he would probably be known only by jewelry connoisseurs as one of many fine jewelers at work in Paris at the turn of the 20th Century. It was his experiments in glasswork that really made his name. By 1910 he had a factory dedicated to glass objects – a factory which turned its attention to solely practical items such as medicine models during World War I.

In the years before and after the War, Lalique’s glass works produced an incredible range of objects. These included ashtrays, paperweights, decanters, plates and bowls, lamps, and mirrors. Even the most ordinary of household items were transformed into something special, thanks to innovative and thoughtful designs. On the one hand he was making beautiful and modern items available to a mass market, and at the same time, he was producing signature pieces for the elite: all with the same commitment to great, original design and quality.

His vases were the epitome of 1920s and ‘30s style and remain incredibly sought after. He also produced a range of stunning car mascots – one of which set a record when it was auctioned in Pennsylvania in 2011  – reaching a sale price in excess of $200,000.

How does the legacy survive?

No company can continue to thrive if it rests on its laurels. Just as the Lalique company did in its founder’s day, Lalique continues to push the boundaries when it comes to new design ideas.

Lalique has a long and illustrious history in the field of interior design and architecture. Flagship projects the company was involved in during the early years included the Lalique windows for the Coty Building on Fifth Avenue, Manhattan. The company also did a lot of design and manufacturing work on several French ocean liners.

Lalique is a natural port of call for any designer looking to add something truly unique to a home. In many ways, the project at the Riverwind property sums up everything that makes Lalique special. After all, door handles are generally regarded as purely functional items. Robert Burg takes the spark of an inspirational idea and discovers the best way to create a look that will truly stand out. 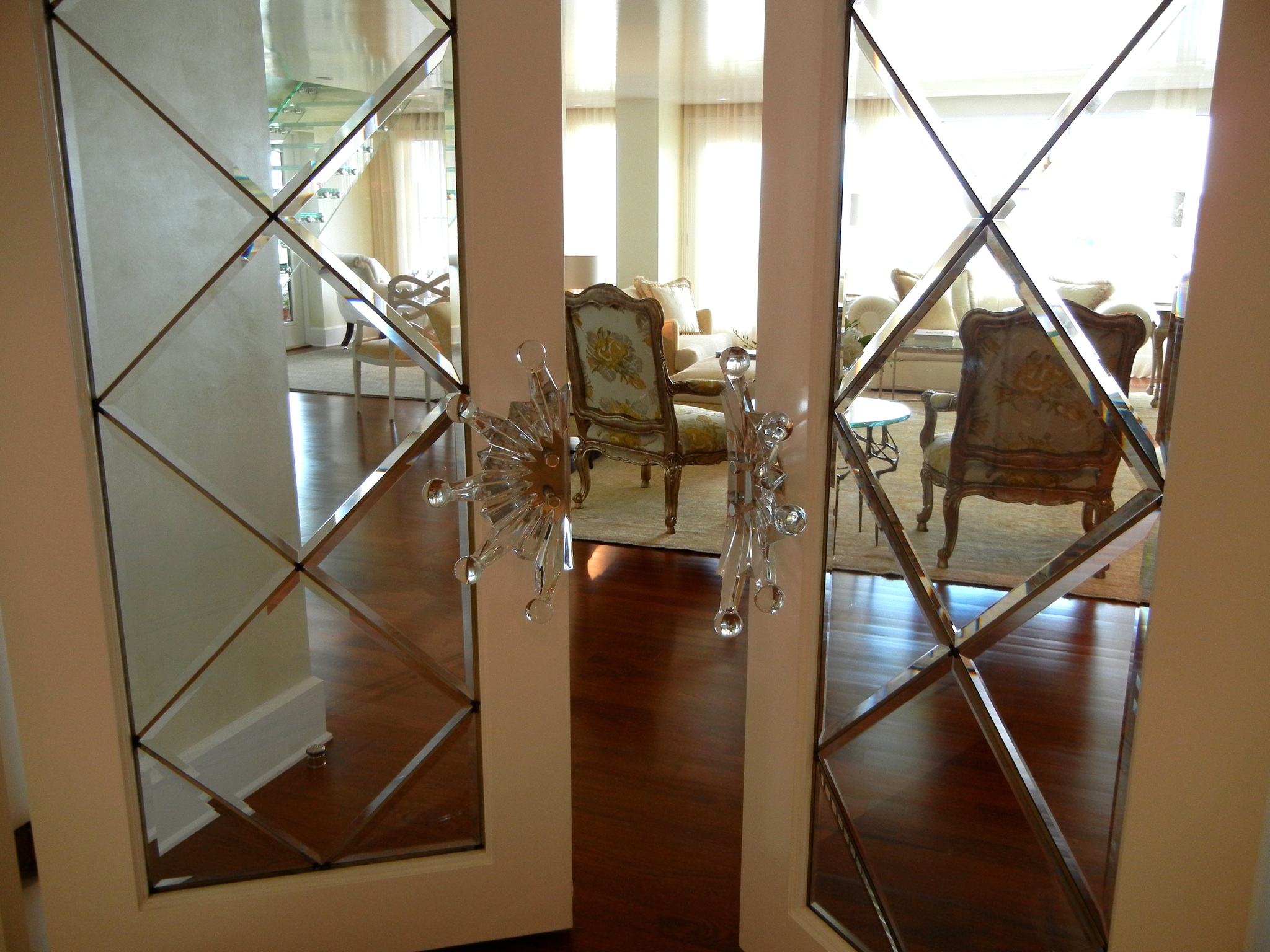 He thinks about where’s the best place to go to make that idea become a reality. The choice of Lalique makes perfect sense – given that the company has been transforming mundane items into wonderful objects for more than a century!